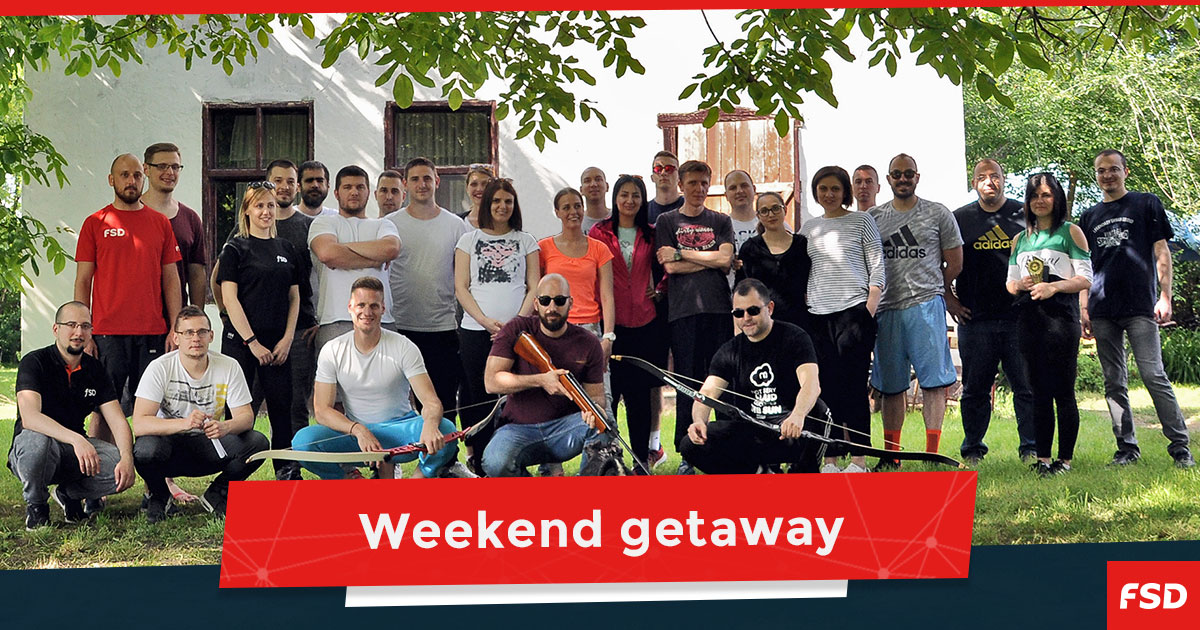 Every once in a while fSD organizes a weekend getaway. This time it has taken place recently in May. The employees spent a lovely day, as well as, most part of the afternoon at the Mita’s farmhouse. Thanks to the Epic Adventures’ organization, both male and female colleagues enjoyed the time to the utmost of their abilities. Some were given the opportunity for archery for the first time, whereas others claimed it was pleasure to try shooting with handguns. There were also those who demonstrated their resourcefulness in performing tasks that measured success in time, but some other criteria were taken into account, as well. What is more, they were taught how to literally trust someone blindfoldedly; that is, by setting up a tent. Eventually, their overall efforts were awarded by cups, which was all followed by their creative performances based on their impression of the whole day spent there. Some of them made up a rhyme, which knocked our (a bit muddy) socks off. In general, the team spirit there was more than encouraged.Teaming up employees out of the office has, on the one hand, thus deepened already existing friendships and on the other hand, contributed to the creation of the new ones.