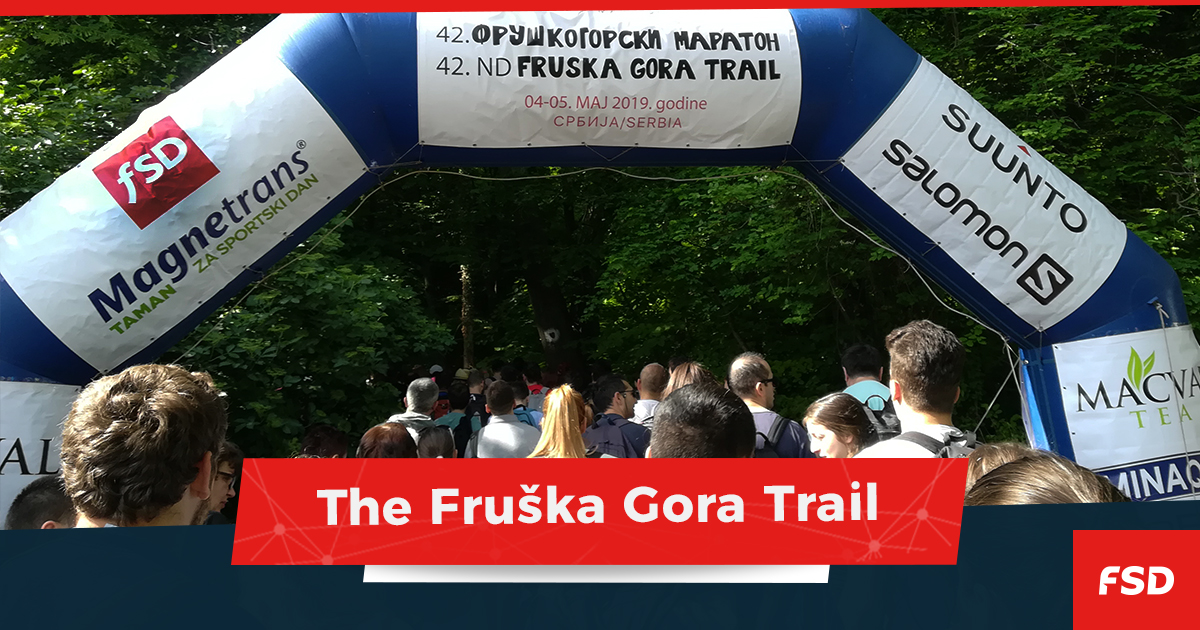 During the weekend one of the oldest marathons on Fruška Gora took place and we can gleefully say that we were gold sponsors. This year the trail was organized for forty-second time and it gathered a few thousands of people. For competitive tracks there were a few hundred applicants. Before the beginning we could only wish the participants to have a sunny day and some good fun.

Although this May started with so many rainy days the weather for the weekend served the purpose: The Fruška Gora Trail was successful as always. The trail started during the morning on 4th of May on Popovica and it was also organized for the day after, on 5th of May.

The Fruska Gora trail is one of the oldest races of that type in Europe, it is a sporting and recreational manifestation of an international character. The very first marathon was organized on 27th and 28th of May in 1978 and it was 86 kilometers long. This year the marathon involved 19 paths through Fruška Gora Mountain.

Besides competitive ones, 14 marathon paths were recreational and were in charge of promoting a healthy lifestyle and nature preservation. In the end, there were two paths:Joy and Pleasure Trail, organized for children.

The number of participants that counted a few thousands of people is the evidence that people still possess a sports spirit – out of the 5 S’s of sports training: stamina, speed, strength, skill and spirit, the greatest and most important of them all is definitely spirit. We are proud to be a gold sponsor and we would definitely help the organization during the years that are coming.