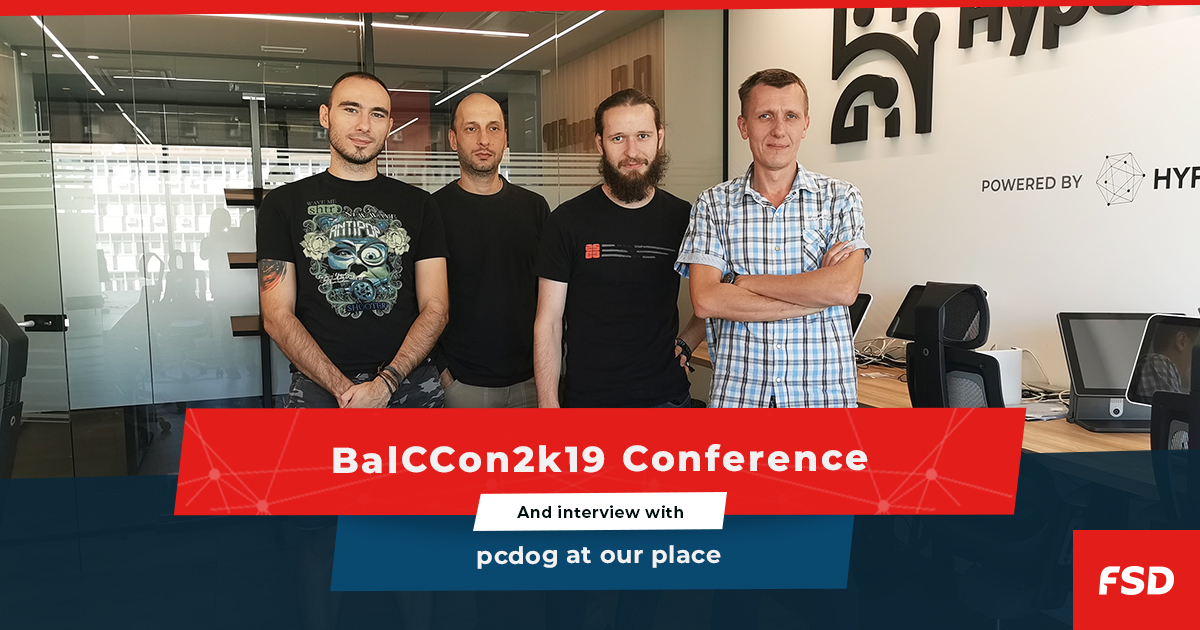 This September our colleagues from System Administration Department went to visit the BalCCON2k19, a hacking conference. A friend of fSD, Silvan, (PCdog), has once again showed his interests in contributing to the conference by giving a lecture about RPKI validation. That’s why we took the advantage of interviewing him on the topic.

Could you introduce yourself to us?

My name is Silvan, I am a networking engineer from Switzerland. I have been in Serbia for seven and a half years now. I am coming back and forth, I even had a flat here. I have been running a network in Switzerland and I am taking care of other people’s infrastructure and currently I am expanding that to Europe, both North, and East.

How come did you end up being a networking engineer?

I realized if I do infrastructure I always have to rely on someone else, so it turned out there was always someone in my way. In the end as there aren’t many network people, there is much less competition than in programming or system administration, so this gave me a chance to specialize in it more.

Is this your first BalCCon conference?

No, I actually have been participating at Barcamp before BalCCon even existed. First of all, rakija leaks - a pun on WikiLeaks! It is an official part of the programm. All jokes aside. We have many many international and local speeches that provide a good-quality program. There is always something new, in this case it was something about investigations into a digital invasion into an embassy.

How did you choose the topic of RPKI validation?

RPKI stands for resource public key infrastructures. It is something that I need to use at my work and it only works if everyone does it. It enables to have trust that your peers actually are doing stuff right in the global Internet. When there are tens of thousands of internet providers involved there is always something going wrong, especially since the case of Pakistan Telekom breaking youtube a few years ago. This is to prevent something like this to happen ever again in the future.

What was your general impression after finishing your own workshop?

Some of them sent me an email afterward: keep on working, they gave me positive feedback. People said that they enjoyed the time. Only with sharing knowledge can you realize that you are doing something wrong. I am sure there are already people who are working on their home-lab and do something new and learned how the internet actually works and how they can cooperate - so they might find a better job in the future and everyone wins something.

In the agenda of the conference your nickname was pcdog. Is there any explanation behind this?

I am a dog person and I have been using this nickname since the time I first got online. You needed a nickname, back in the days of dial-ups.

Yes, I am definitely coming back because BalCCon is awesome and I want to see some friends of mine. Pljeskavica!